Earlier in the week Kelly, Dylan and I decided to freeze our butts off to get some wintery engagement photos at Nay Aug Park in Scranton. 🙂

When Kelly first got in touch with me and told me she wanted to do engagement photos in the snow, I was a bit nervous. We really hadn’t had much of a substantial snowfall here in a bit, (not that I’m complaining) and there wasn’t any snow in the forecast.

The day before the shoot I messaged them to make sure we were still on despite the lack of snow to which they said yes. Then, like magic, POOF! un-forecasted snow.

Despite the cold, these two really were troopers and I’m really glad we got to get the winter-wonderland-esque shots they had wanted. My one regret is not getting pictures of a snowball fight. I may have to bring them out next snowfall… and bring mittens 😛 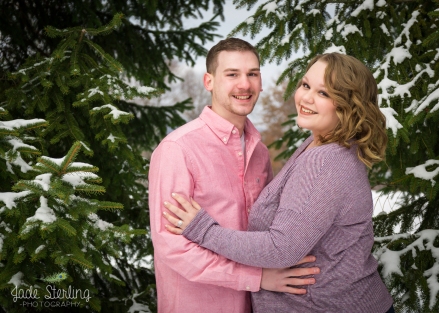 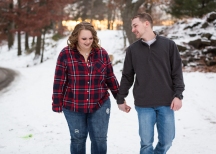